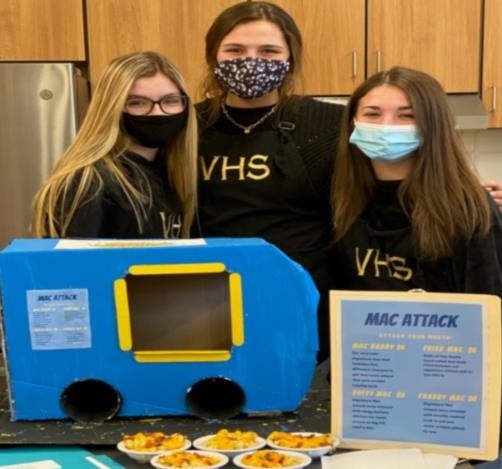 Two Vidalia High School classes combined recently to present a “Food Truck Festival” at the school. Anna Helms’ Business Tech Entrepreneurship class and Amanda Mosley’s Food Science classes became one to teach students how to start a food truck from the ground up.

The three-week project began with six different groups working to make the business successful from the ground up. Each group of students had to develop a viable business plan, which included research and surveys from the VHS students and staff to provide which type of food they would market. Once the surveys were complete, the students worked on the nuts and bolts of the plan, including food & equipment cost, name and logo, menus, and the design and 3D model of the truck that would house their business.

“The students did a remarkable job of putting their plans together and understanding the cost involved,” said Helms. “They really worked well together and used each other’s strengths to come up with a plan that was able to be put in motion,” Helms added.

After completing the plan and deciding upon the choice of food, the students then moved into preparing the food. Mosley instructed each group on technique, portion control, daily prep, and presentation. “Not only did our students have to figure out the business side of owning a Food Truck, but they also had to learn to prep and cook the food. They had to learn portion control and also make sure that their food was in the temperature range for serving. Some of these students had never cooked anything before this exercise, and Mrs. Mosley did an awesome!”

Once the students had the business side and preparation of the food down pat, students then sent invitations to teachers and administrators, who were invited to taste and judge the entries on “Festival Day.” On Festival Day, students were tasked to provide a complete presentation to judges about their food, including why they chose their particular food, the cost involved, how the food was made, and the presentation. The students had a wide range of foods for sampling, from wings and burgers to Donuts, waffles, and Hot Dogs.

The winning truck was “Mac Attack” which featured Macaroni and Cheese with Bacon. Team members Harley Rush, Kailey Query, and Mary-Laura Tippett garnered bragging rights, plus they were able to make a presentation to the Vidalia BOE and prepare their award-winning for Board members during their January meeting at the High School.

Tate McDaniel, who was part of the “Weiner Wagon on Wheels” team, said that the class gave him a whole new outlook on starting and running a business, “we really learned what it takes to develop a business from the ground up. Knowing how to figure costs as they relate to profit margin and then cook and prep the food was really a great experience. This also allowed us to work with someone outside our own class, which allowed us to hear others' ideas and then come together as one.” 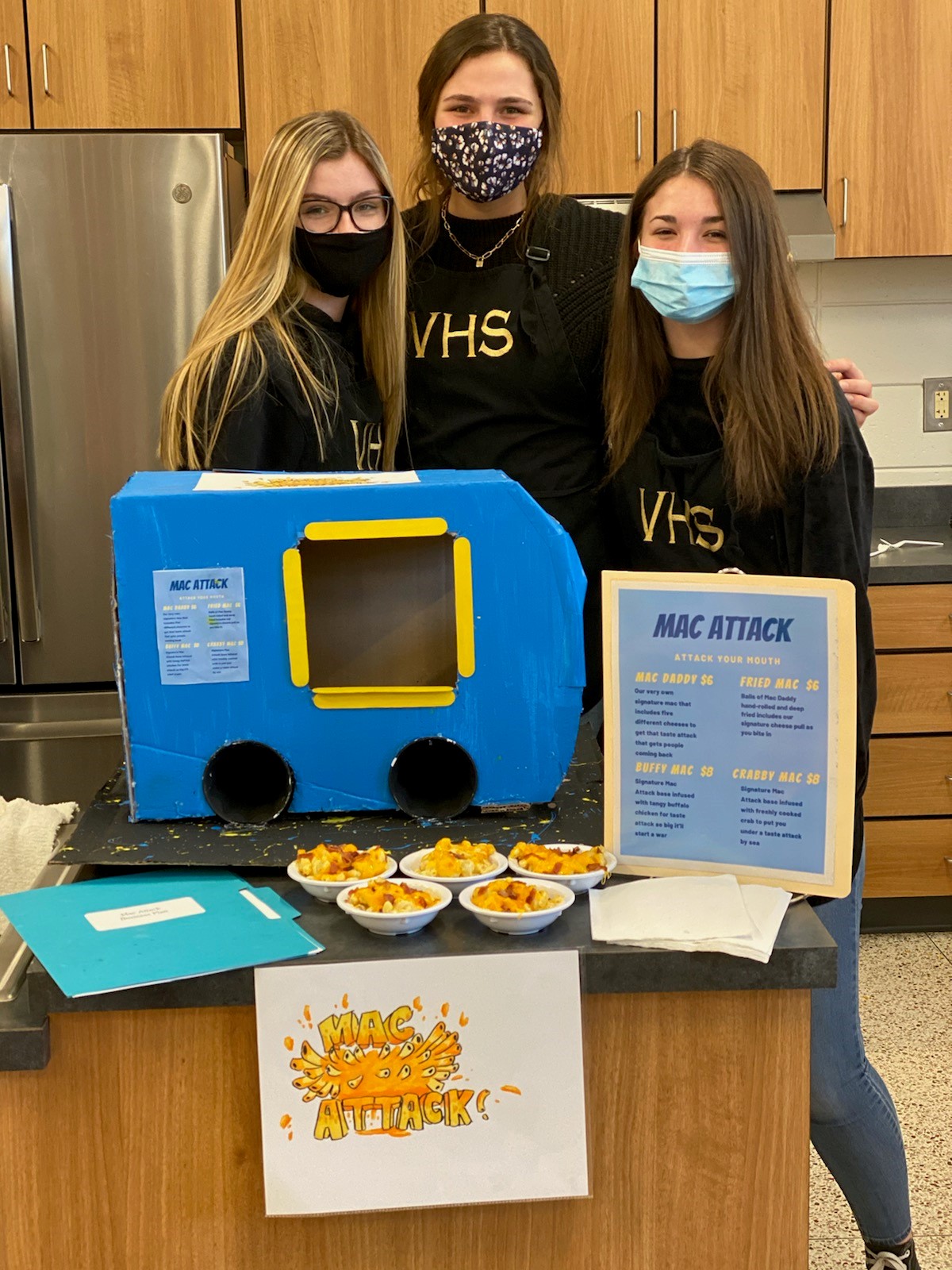 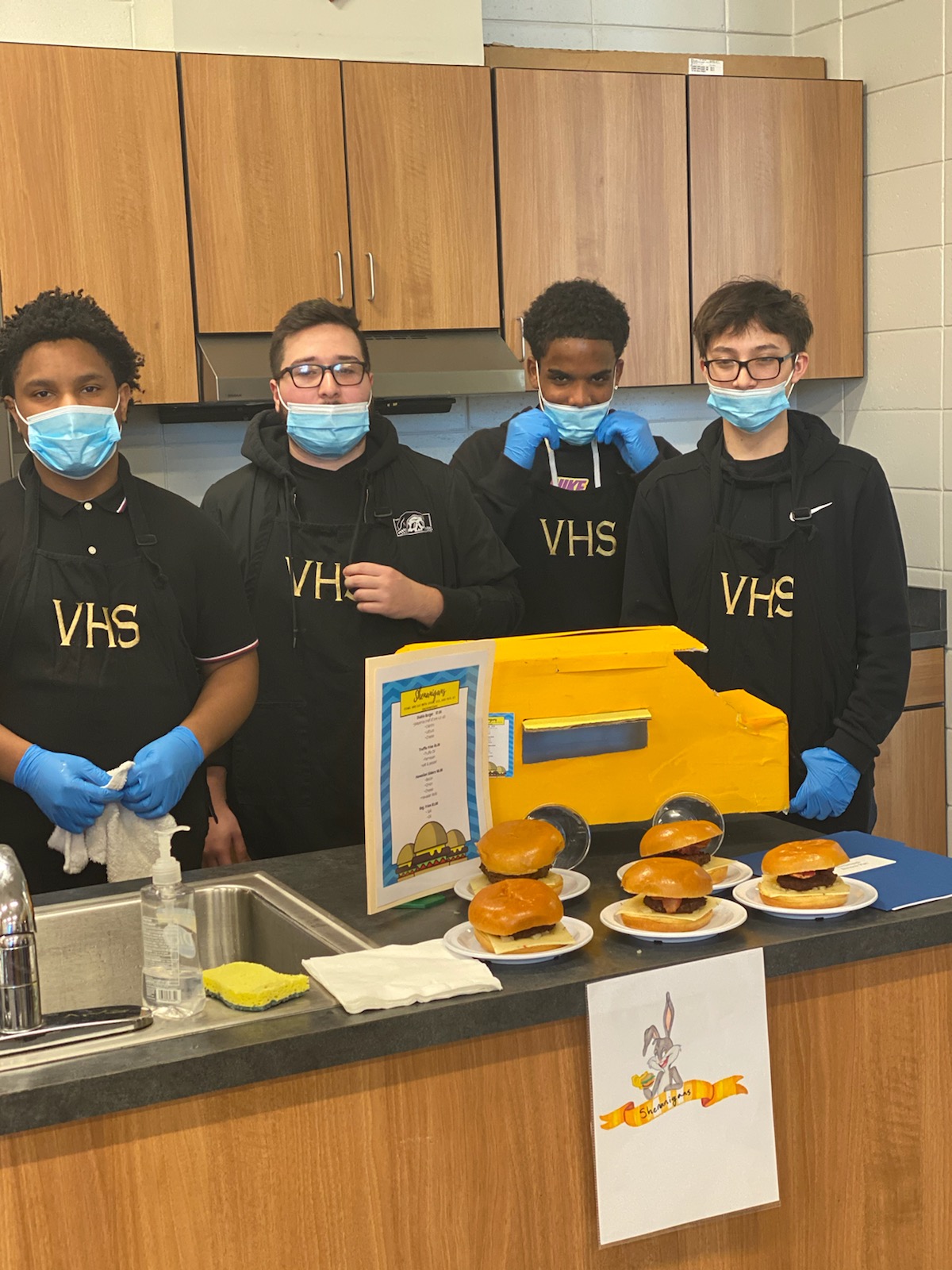 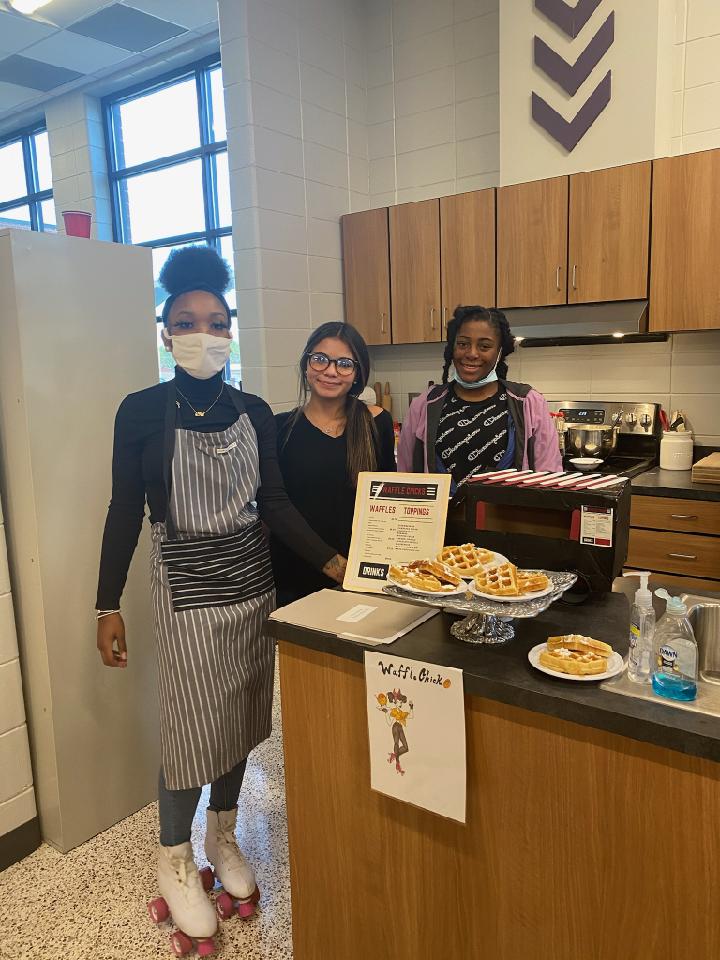 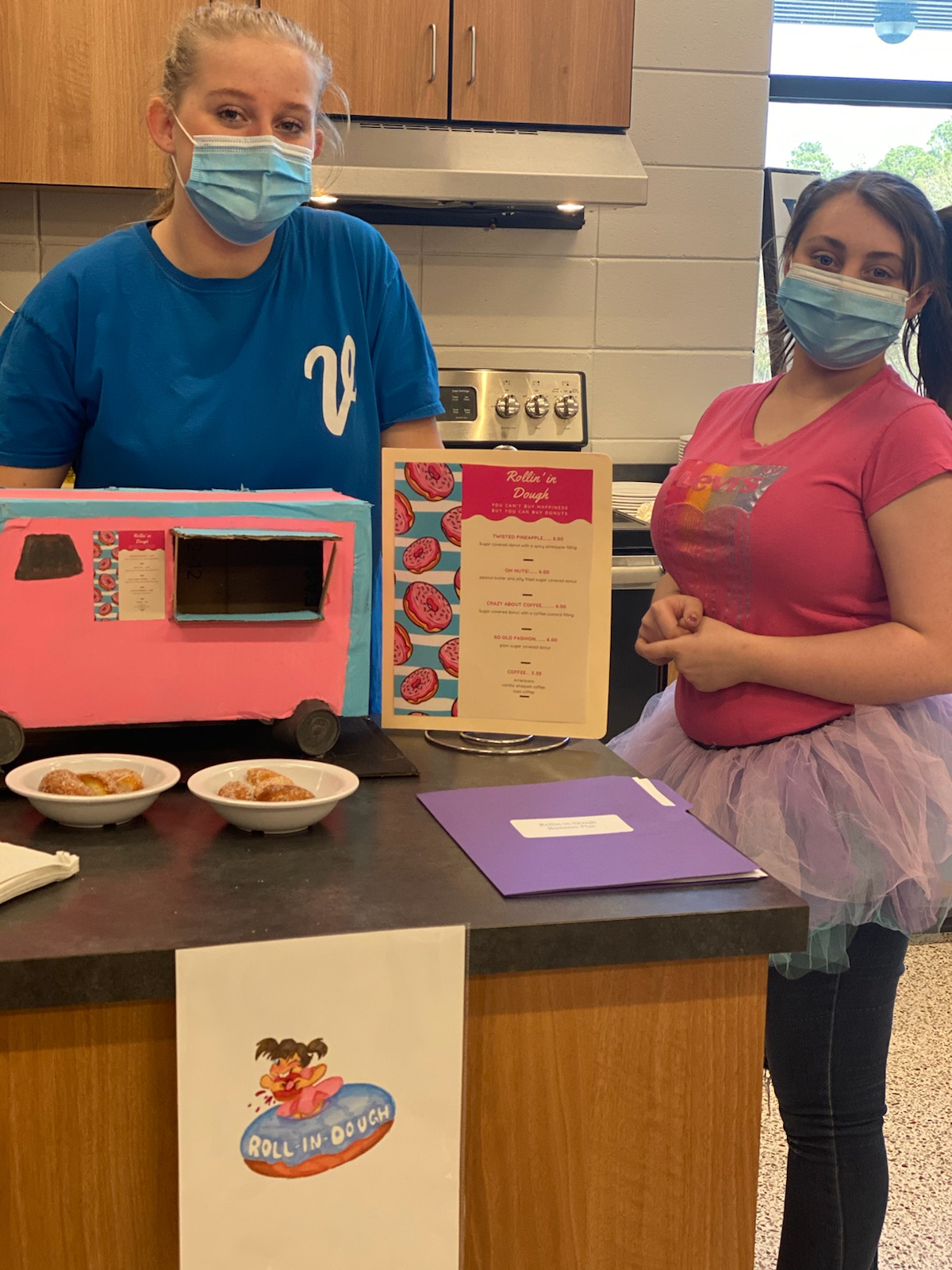 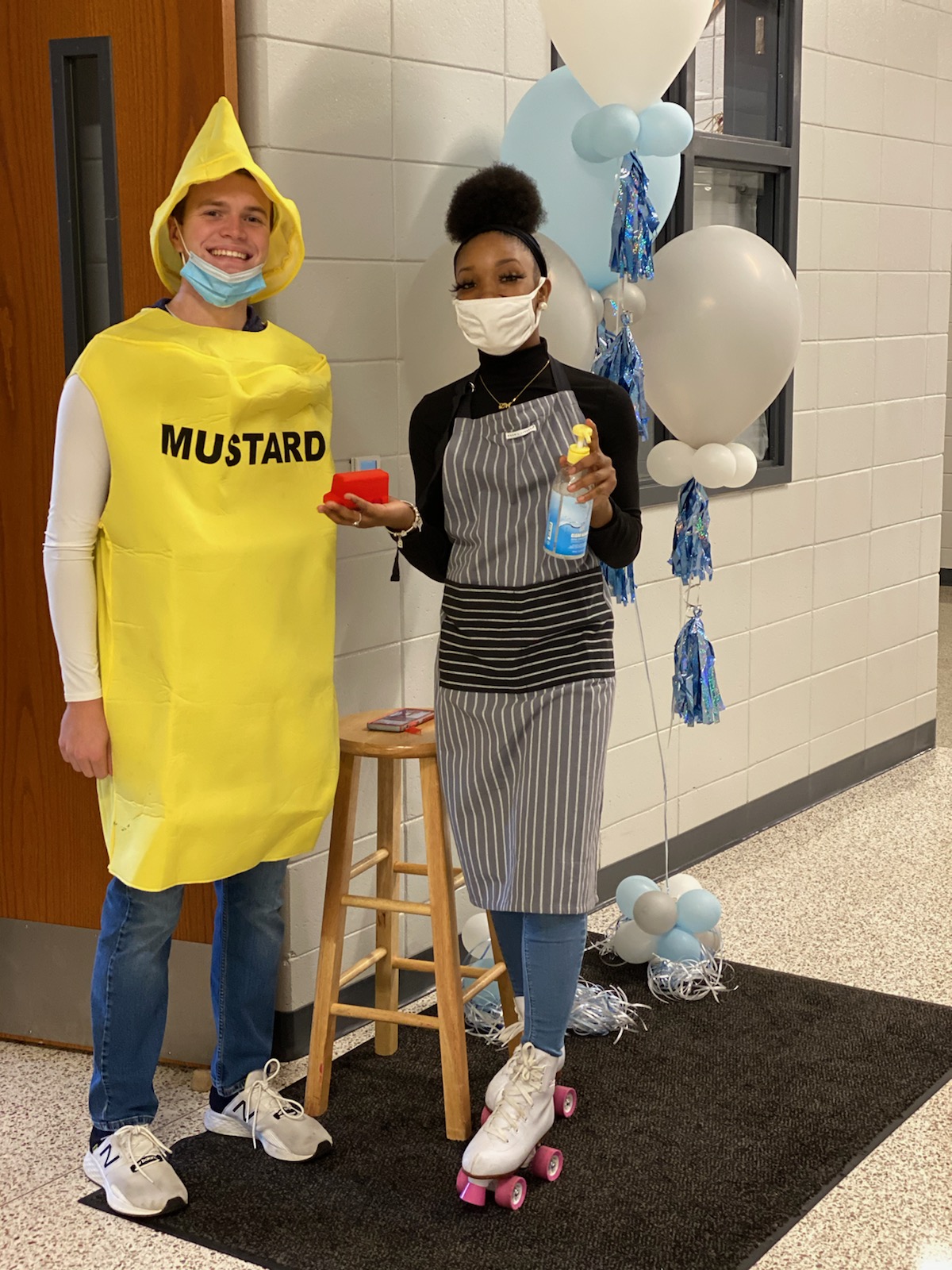 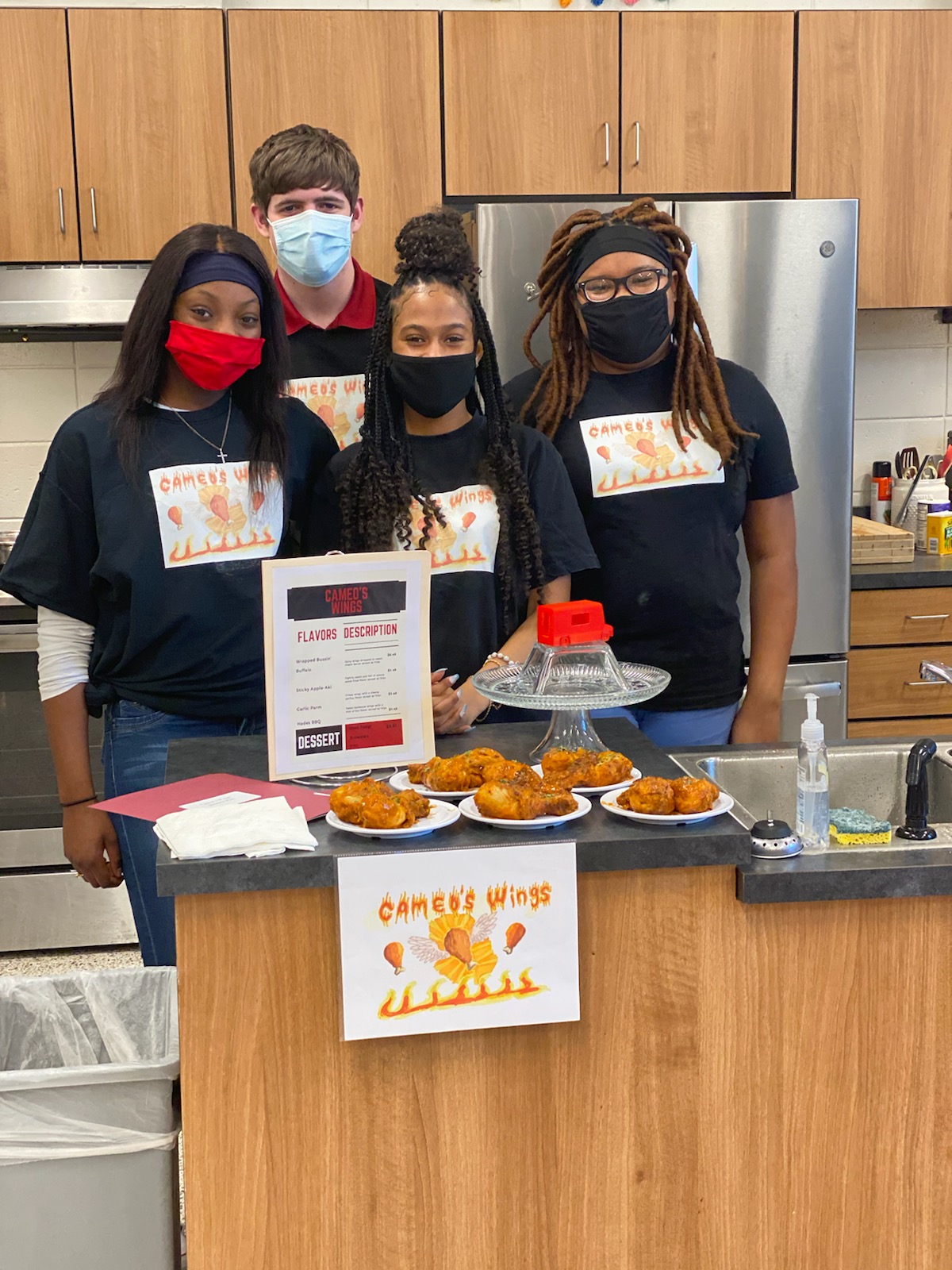